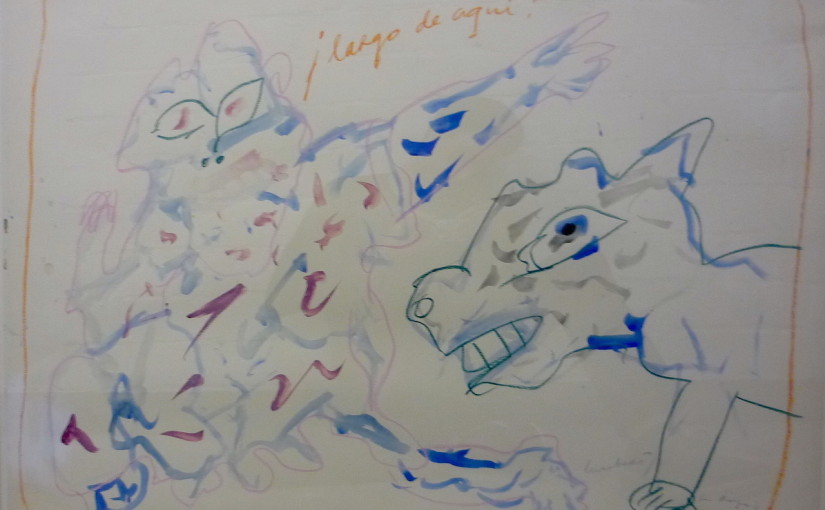 Lucebert (Lubertus J. Swaanswijk) was born 1924 in Amsterdam.
In his hometown Lubertus Jacobus Zwaanswijk visited 1938 briefly the School of Applied Arts and 1939 the Rietveld Academy, but he is forced stop and work as a house painter in his fathers company for financial reasons.
During the occupation of Holland by Germany in the second world war he was forced to work in an explosives factory in Apollensdorf. Which was not so bad for him until he was accused of sabotage. Then he ended up as forced laborers in the factory and became ill. When he simulierte a other more serious illness, he was sent home in May 1944.
After the war Lubertus Jacobus Zwaanswijk changed its name to Lucebert.
In 1949 he became one of the early members of the CoBrA group and took part of the first exhibition at the Stedelijk Museum in Amsterdam
Lucebert the who always saw himself as a poet, is very also a very well known painter.
Lucebert died 1994 in Alkmaar, Netherlands.