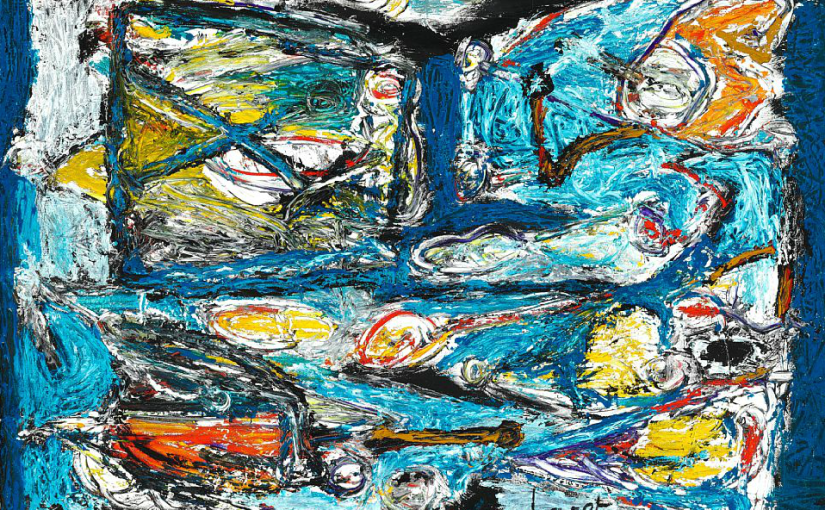 Dotremont started very young to write poems and at the age of 18 he published his first poem and met the belgian surrealist René Magritte and Raoul Ubac. A year later in 1941 he went to Paris and met among others the surrealist André Breton, Pablo Picasso, Jean Cocteau and Alberto Giacometti.

Because of his chinese wife, he began to be interested in chinese language and writing, which greatly influenced him in his work.

After the 2nd world war he had several disagreements with the Surrealists and founded in 1947 with other artists, the Revolutionary Surrealist Group (an art movement which want to merging the revolutionary politics and art in the Surrealism and hoped to work together with the Communists) and published in the same year the manifesto „Le surréalisme revolutionary“. This manifesto led to the creation of a movement that also included Atlan, Doucet and Noiret.
Disagreements with the French Communist Party meant the end of the group in France.

In 1948 he was one of the founders of CoBrA.
He combines text with paintings on canvas and it originated word drawings and word-paintings.

Since the 60s Dotremont started with a brush dipped in Chinese ink to grind fast winding with its own mysterious language forms on paper. He was best known for this painted poems which he called logograms.

Christian Dotremont died in 1979 in Hall (near Brussel).